Do You Know the Graphite Ore Processing Technology?

The types of graphite deposits can be divided into flake graphite and aphanitic graphite. The composition, properties and distribution of graphite ores are different, so the graphite processing technologies are various.

Graphite is one of the crystalline minerals of carbon. It has excellent properties such as lubricity, stability, high temperature resistance and electrical conductivity. With the rise of new energy and new materials industries, graphite has become more and more widely used as an important non-metal.

The properties and uses of graphite depend on its crystal morphology. There are roughly three types of natural graphite:block graphite, flake graphite and aphanitic graphite.The crystalline morphology and grade of these three types of graphite are different, and their beneficiation processes are also different. Block graphite is of high grade,generally up to 60%~65%, or even up to 80%~98%, which is little need for mineral processing. The flake graphite and aphanitic graphite have relatively low relative grade and need to be processed by beneficiation. 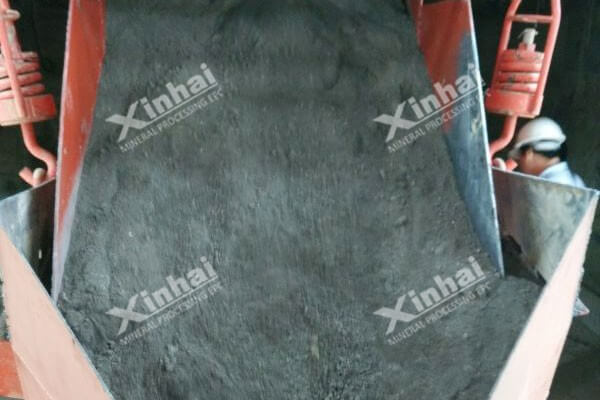 Composition, Properties and Distribution of Graphite

Graphite is chemically stable, which is free from acid, alkali, and organic solvents. It has high temperature resistance, electrical conductivity, thermal conductivity, and good lubricity and plasticity.

01Composition, Properties and Distribution of Graphite

(1) Graphite is disseminated and scaled in volcanic rocks and siliceous sedimentary rocks. Such deposits have large graphite scales and high ore quality, and there are famous Madagascar scaly crystalline graphite deposits.

(2) Graphite-bearing ores are vein-filled in fractures and caves. The grade of graphite in these deposits is high, and the typical deposit is vein-like graphite in Sri Lanka.

(3) Hydrothermal metasomatic contact metamorphic deposits are formed by the intrusion of intermediate-acid and acid granites into marble. Such ore deposits have good ore quality and are distributed in countries such as Russia, North Korea and other countries.

Flake graphite grade is relatively low, generally in 2%~3% or 10%~25%. It has special atomic structure and layered structure, and it can maintain good hydrophobicity and floatability after being broken up. In the selection of flotation agents,simple agents can meet the separation requirements, such as kerosene, no. 2 terpenol oil and lime.

It is necessary to protect the flake structure of flake graphite in mineral processing. Multi-stage grinding and multi-stage separation is used to separate the large flake graphite in time. In order to protect large scales and obtain high grade concentrate, the traditional separation process will carry on 3~5 stage grinding and 5~12 times selecting. However, the traditional process is complex, with high energy consumption, unstable production and large investment, and the effect on the protection of large scales is not very good. 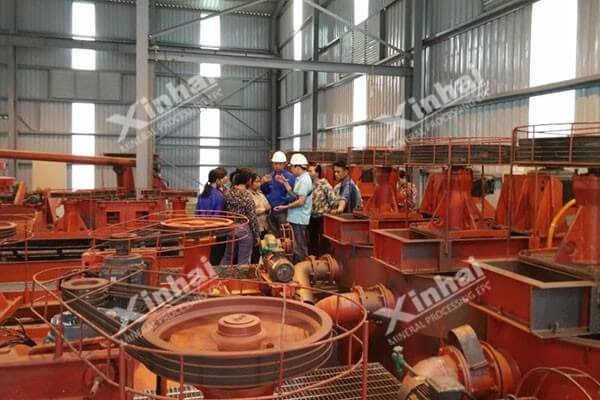 Flake graphite has a special structure, the larger the scale, the higher the carbon content,the greater the use value. Therefore, in the process of graphite grinding separation, it is necessary to protect the large scale of graphite from being destroyed. 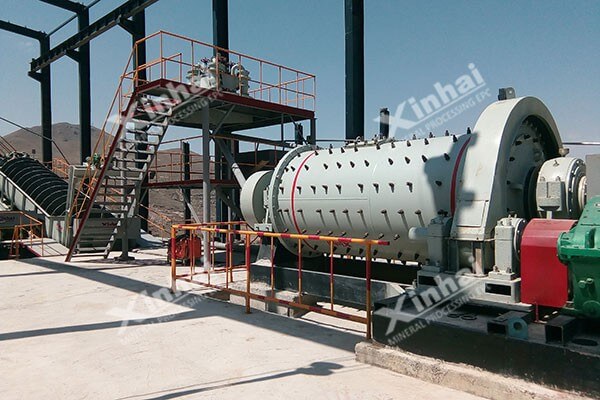 In addition, using the vertical agitating mill can effectively protect the large scale of graphite ore, and improve the concentrate grade.

Aphanitic graphite ore is also known as amorphous graphite or amorphous graphite, the diameter of the crystal is less than one micron, the surface is earthy and lack of luster. Besides, its grade is relatively high, which can reach 60%-85%, even more than 90%. Generally speaking, the aphanitic graphite ore whose grade is more than 85% can be used directly, and packaged after simple crushing - drying - grinding - classifying process.

Microcrystalline ink can be separated by flotation, electrical separation and gravity separation. Cryptocrystalline graphite crystals are small, and graphite particles are often embedded in clay, which is difficult to separate, resulting in difficult separation. 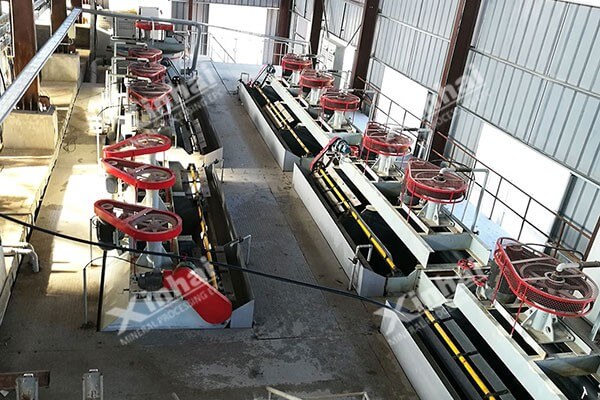 Agents often used in flotation separation of cryptic graphite minerals include kerosene, sodium carbonate, sodium silicate, etc. In addition to the effect of the amount of collector on the graphite recovery, the pH value of mineral slurry and the amount of sodiumsilicate are also the factors that can affect the graphite recovery. The pulp pH value will affect the selectivity of kerosene, flotation can not achieve a good effect when the pH value is neutral, and a good recovery can be achieved when the pH value is about 9. Because microcrystalline ink is often embedded in clay minerals, grinding is easy to produce more slime, the addition of sodium silicate can disperse slime, inhibit quartz and other silicate minerals, so that the concentrate grade is improved. Therefore, it is necessary to establish a standard reagent system through experiments in the separation of cryptocrystalline graphite. The separation stage of microcrystalline ink with multi - stage separation, can achieve a relatively high recovery. 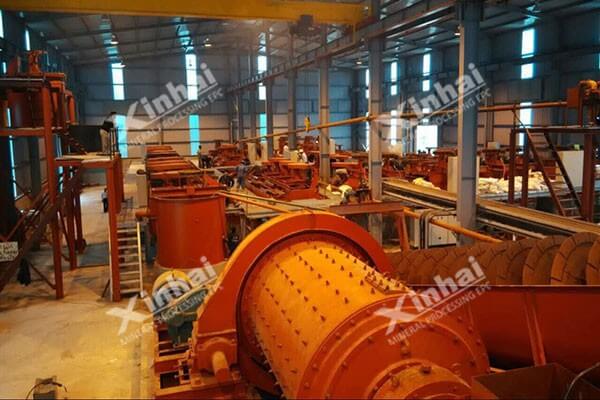