The Summary of Molybdenum Extraction Technology

Molybdenum ore is a kind of rare metal with high economic value, which is widely used in many important industries because of its excellent physical properties.

In addition, due to the molybdenite is soft, so it is easy to be muddy in the fine grinding process, which has the obvious impact on the accuracy of molybdenumore. According to the natural floatability of molybdenite, the conjuncture produced by the coarse grinding need to be ground for many times, so that the conjuncture can be fully dissociated and then concentrated.

Recovering the molybdenum from the copper-molybdenum ore is an important source of molybdenum production. Porphyry copper deposit belongs to copper-molybdenum ore. It is featured with the layered structure like molybdenite, good natural floatability, fine disseminated grain size, low grade of the raw ore, and high degree of symbiosis with pyrite and chalcopyrite. So it's harder and more complex to recover molybdenum.

• Conventional flotation method: To obtain the molybdenum, the flotation of copper must be suppressed. The conventional flotation method usually floats aluminum and suppresses copper. Currently, there are two types of reagents used to inhibit copper ore, one is organic reagents, such as ethyl mercaptan; And the another is inorganic reagents, such as cyanide, sodium sulfide and so on. In order to enhance the flotation effect on molybdenum minerals, small amounts of non-polaroil can also be added. For example, the water glass and other regulators can be used to inhibit the dispersion of pulp and gangue minerals, which can improve the grade of molybdenum concentrate, and obtain the high-quality molybdenum concentrate after several separation.

•Nitrogen charging flotation method: At present, people pay more attention to the environmental protection. Using the cyanide copper inhibitors will cause a certain pollution to the environment, so the majority of molybdenum ore dressing plant mainly adopts the sulfur sodium hydride or sodium sulfide as the copper inhibitors, but the sodium sulfide has strong reducibility, which can be easily  oxidized by the dissolved oxygen of the pulp in the flotation process. Besides, the using of reagent dosage is also bigger in the practice, using the nitrogen charging flotation method makes effective control in the using of inhibitors.

Pulsating high gradient magnetic separation method. It is an effective method to separate fine minerals with weak magnetism, which is widely used in the separation of manganese ore, weak magnetite. High gradient magnetic separator has high frequency vibration, and adopts the technology of recoil concentrate, swivel vertical rotation. The non-magnetic minerals mixed in the ore are separated through the action of a magnetic field, and the concentrate is absorbed in the cylinder surface as the form of magnetic chain or magnetic regiment, and gradually transmitted to magnetic edge. Under the action of flushing water, the concentrate is discharged to concentrate slot. Molybdenite is a kind of non-magnetic mineral, so this method cannot be used, while the copper-molybdenum is a kind of weakly magnetic, which can be treated with pulsating high gradient magnetic separation method for copper-molybdenum separation.

1. Xanthate can be used as the collector for molybdenum sulfide flotation

The reagent is mainly y-89 series, and belongs to the xanthate with branch chain and long carbon chain, which can not only achieve the strong collection effect, but also greatly improve the recovery of associated metals in minerals. However, this kind of reagent also has poor selectivity, so in the process of sulphur separation, the grade of concentrate will be affected after the consumption of lime.

This reagent can achieve the collection of copper sulfide (molybdenum) ores and gold, silver minerals. But the phosphates with the properties of single sulfur are only available in weak alkaline or neutral conditions.

As the thiol derivative, this reagent can eliminate the stink caused by the low-grade thiol, and realize the dissolution efficiency in the cold water, so it is widely used in the industrial production. 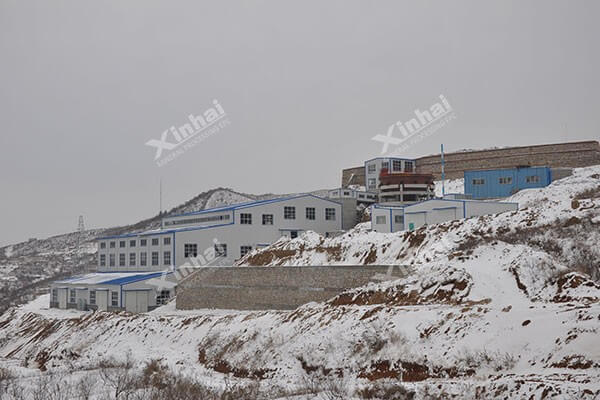 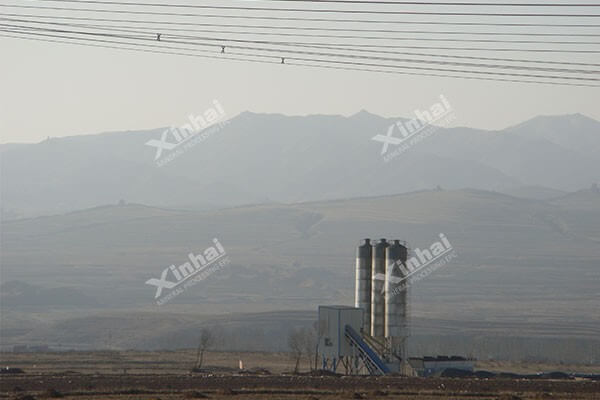