Home » Mineral equipment » Classifier » What Should You Know Before Ch...

What Should You Know Before Choosing Spiral Classifier? 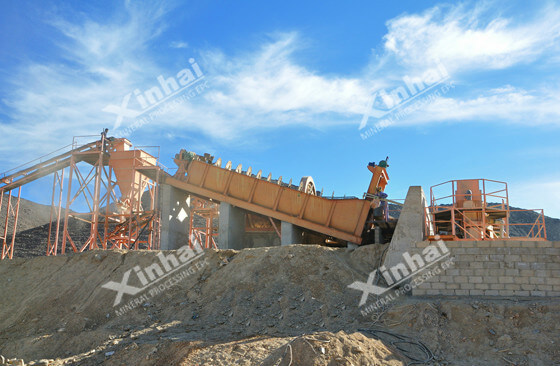 1. According to the height of overflow dam

In high dam spiral classifier, the position of overflow dam is usually higher than the bearing center at the lower end of the spiral shaft and lower than the upper edge of the spiral at the overflow end. The height of dam can also be adjusted within a certain range, that is, the area of settlement area can be slightly changed according to the grading requirements, so as to adjust the grading particle size.

The overflow dam of the low dam type spiral classifier is usually lower than the center of the bearing at the overflow end. Therefore, the settlement area is too small and the overflow production capacity is too low, and the screw agitation on the pulp surface is too large. Therefore, it is only used in the actual production to wash the sand and coarse particles with less mud, and it is rarely used in the ore grinding grading operation.

The overflow end of submersible spiral classifier is usually equipped with 4-5 spiral blades, all of which are immersed under the liquid level in the settling area, so the settling area is large and the grading pool is deep.

2. According to the number of screw shift

1Common Types of Spiral Classifier Used in the Mineral Processing

35 Comparisons Teach You How to Choose Spiral Classifier or Hydrocyclone?