Common Types of Spiral Classifier Used in the Mineral Processing

In this post, we are going to talk about spiral classifier.

In mineral processing, the ores need to be grinded into a certain size that the fine-grained useful minerals and gangue minerals achieve full dissociation. And the over-grinding should be avoided at the same time in case that the sliming has the negative effect on the separation, which need the classifier to return the unqualified particles to the grinding mill for re-grinding, and separate the qualified particles in time.Therefore, classification takes an important part in grinding operation in the view of technology and economy aspect. 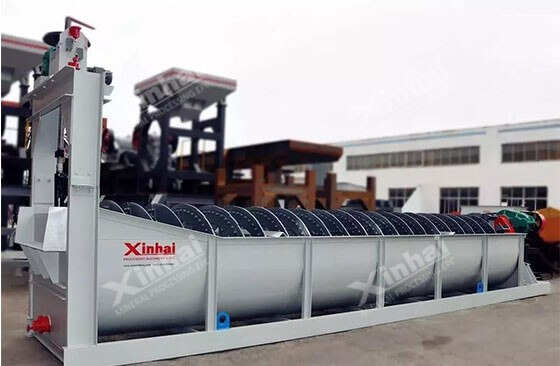 1. The height of overflow dam 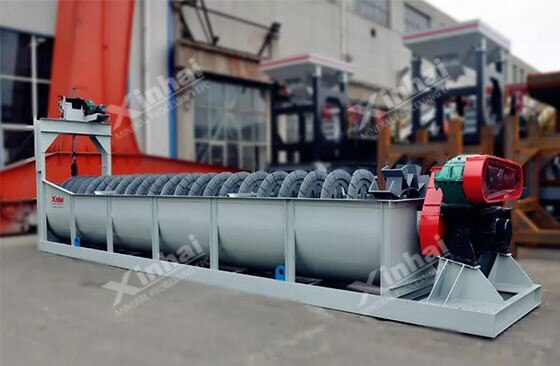 The overflow dam of the low dam spiral classifier is usually lower than the bearing center of the overflow end, so its settlement area is too small and the overflow production capacity is too low, while the agitation effect of the spiral on the pulp surface is too large. Therefore,the low dam spiral classifier is only used to wash the sand ore with less mud or coarse particles, rarely used in the grinding and classification operation. 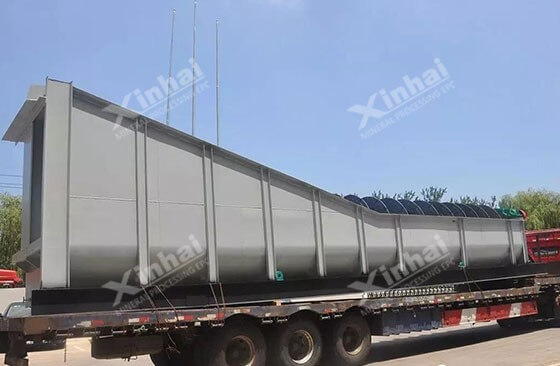 Because the different structure between high dam spiral classifier and submerged spiral classifier, so they play different role in the classification operation. The high dam classifier is more suitable for the coarse particles (larger than 0.15mm), which is often used in the first stage grinding. The submerged spiral classifier is more suitable for the overflow products (less than 0.15mm) because of stable classifying surface, high overflow output and fine particle size, which is often used as combined unit by combining with the grinding mill in the second stage grinding.

2. The number of screw shift 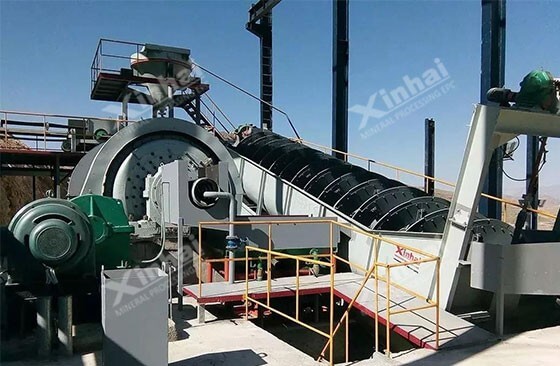 Last: What Are The 8 Factors That Affect Crusher Machine Productivity

Next: 5 Factors That Affects the Jigging Process

2The Desliming of Hydrocyclone