Carbon pulp extraction process (CIP method and CIL method) is to put activated carbon into the cyanidation pulp, and the dissolved gold is adsorbed on the activated carbon, then the gold is extracted from the activated carbon. This process mainly includes the following steps: the preparation of leaching materials, agitation leaching and countercurrent carbon adsorption, gold-loaded carbon desorption, electrowinning electrolysis, smelting ingots, carbon regeneration.

Carbon-in-pulp (CIP) is the sequential leach then absorption of gold from ore. During the CIP stage, pulp flows through several agitated tanks where sodium cyanide and oxygen have been added to dissolve gold into solution. In the absorption stage, this solution flows through several agitation tanks containing activated carbon. Gold absorbs on to the activated carbon, which flows counter-current to the pulp, while screens separate the barren pulp from the gold-loaded carbon. 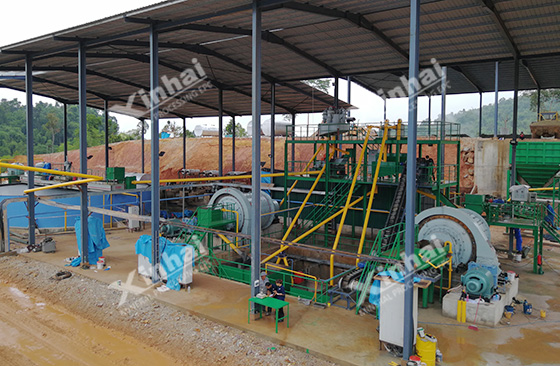 Differences between CIP and CIL:

The above are the differences between gold CIP and gold CIL process.In actual production, it is best to consult with professional manufacturers and choose the right gold processing method.

1What Are the Methods for Gold Processing?