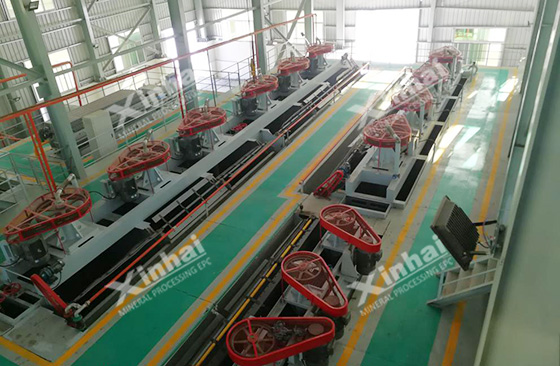 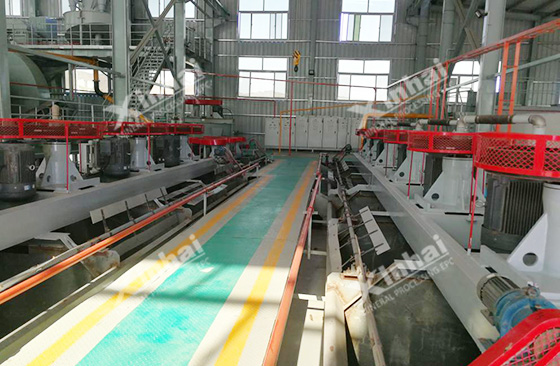 One stage grinding uses coarse grinding to dissociate the aggregate of useful minerals from gangue ore, and then carries on the froth flotation, then the mixed concentrate and tailings are obtained, the concentrate is carried on the secondary grinding to further realize the monomer dissociation of the aggregate mineral, and then carries on the froth flotation to obtain each kind of useful mineral concentrate.

The first stage grinding dissociates coarse and useful minerals, and the gangue minerals produced directly enter the tailings waste. Part of the fine and useful minerals produced are the minerals associated with gangue body, and froth flotation is carried out to obtain part of the coarse concentrate and waste part of the tailings. Among them, there are some syngene minerals, which need to be regrinding to realize the monomer dissociation, and then enter the froth flotation stage again to separate the useful fine-grained minerals.

One stage grinding makes the coarse grains basically dissemination. After froth flotation, a part of the concentrate is separated, and then the tailings containing fine useful minerals will be regrinding, re-floatation, and the fine useful minerals are separated. This process can also be used for ore that is easy to oxidize or slime.

Next: What Are the Differences Between CIP and CIL?

1How To Do Flotation Test?

2What's the Function of Flotation Froth?