In this post you're going to learn about the application of froth flotation in rock type gold mining process.

So if you want to know about the application of froth flotation, you'll love this post.

The slime produced by washing ore in crushing workshop is sent to an independent slime flotation circuit after dehydration treatment, and the specific technological conditions are adopted for individual flotation, which can obtain a good separation effect.

Some ore often contains a certain number of easily floating gold ore, the coarse particle size can be quickly floated in the roughing to timely separate this part of the easily floating minerals, which can avoid the mineral loss in the subsequent flotation loop caused by repeated circulation, and realize the separation principle of "early recovery and fast recovery ", this process is called " preferential flotation process".

For some gold ore with low grade and less carrier mineral, only a small amount of foam is produced during the roughing operation,resulting in the slurry concentration of the cleaning operation is lower, and cannot form a stable foam layer.

For this kind of gold ore, the concentrator often uses concentrated flotation process, that is, rejoining the roughing foam from different flotation stages or two even more flotation series to a single cleaning operation, which can stabilize the cleaning process. 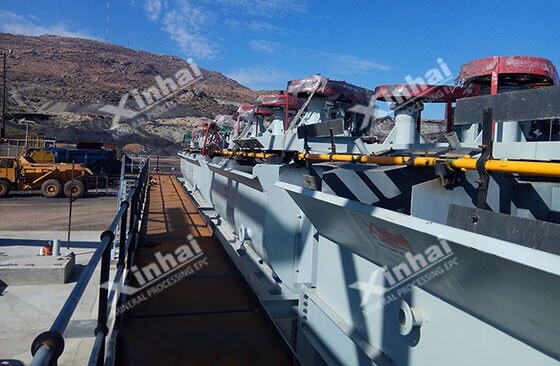 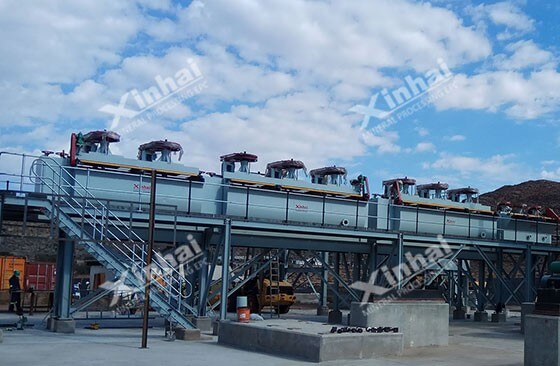 The flotation column is a pneumatic flotation machine without mechanical agitation device. The main part includes a circular or rectangular column and an inflatable device. The floating column is characterized by simple structure, easy to manufacture and maintain, and low energy consumption.

However, it also has some disadvantages, for example, the no mechanical agitation has poor effect on the coarse and dense ore, the inflator is easy to be blocked, the drug consumption is too large, and the ore drawing must be done when parking, causing the metal loss.

In the froth flotation process, the separating effect is often improved by adding reagents.

In the selection of flotation reagents used in the gold mining process, the principle is that the reagent has strong selectivity for the gold ore and weak collection effect on the sulfide minerals (copper, lead, zinc and iron). Adopting the non-cyanide reagent is a common choice in the treatment of polymetallic gold-bearing ores. Compared with the single collector, adopting the mixed collector can achieve the better separation result. 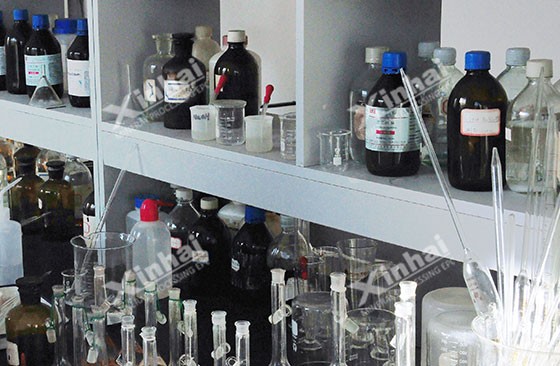 For example, Z-200 collector (thiamine ester) has a strong selectivity for gold and copper but a weak collecting effect on iron sulfide, which can be used for "copper-sulfur separation" flotation (i.e. separation of gold and iron), but this method has a higher cost so it is rarely used in the practice.

Next: How to Improve the Effect of Gold Cyanidation Process

1How to Choose Reagent for Gold Silver Polymetallic Ore Processing?

3Which Kind of Gold Mining Process You Should Choose?