Home » Ore solution » Tungsten » What Is the Extraction of Tung...

What Is the Extraction of Tungsten Ore?

Tungsten is a rare metal that is widely distributed and found in almost all kinds of rocks. Because of its low content,the extraction of tungsten can only use relevant geological processes. At present, there are more than 20 kinds of tungsten ores have been found in nature, among which scheelite and wolframite have higher mining value and are the main sources of tungsten resources. 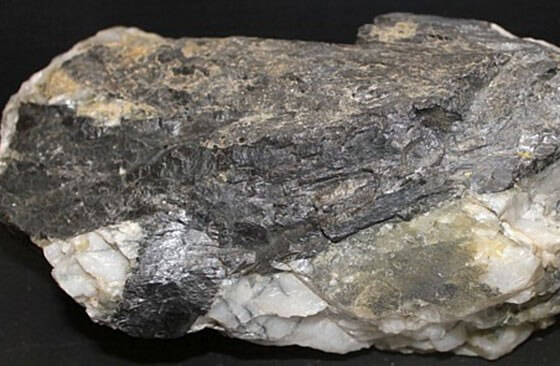 One. Extraction of tungsten ore: Scheelite

Scheelite is generally sandston-type, complex (veined disseminated type-vanite skarn complex), often with a variety of molybdenum and bismuth and other non-ferrous metal minerals associated or symbiosis, the useful mineral mosaic particle size is fine, most of the are embedded in the ore as the disseminated state.

The relative density of scheelite is 5.8-6.2, which is quite different from the mineral density of gangue. Therefore, the qualified scheelite can be obtained directly by the gravity separation process.

Wolframite is usually quartz large vein type or vein-grain type deposit, wolframite is usually thick plate or vein-graintype crystal enrichment in quartz, the mosaic particle size is coarse, easy to separate. For the gangue minerals with which wolfram is associated, the density of wolfram is relatively high, and the combined beneficiation technology based on gravity separation process is generally adopted as the extraction process of tungsten ore, which can be divided into roughing, gravity separation, cleaning and fine mud treatment, etc.

Because the uneven distribution of wolframite in quartz gangue, the wolframite is usually in the shape of thick plate or vein lets, and the vein is narrow and the thickness is not uniform. So, it is necessary to conduct manual waste separation before separation.

Normally, the slime of wolframite is treated separately. Desulphurization is carried out first, and then adopting the separation process (such as gravity separation,flotation, magnetic separation, electrical separation) or a combination processes to extract the tungsten according to the properties of fine mud material. Meanwhile,the associated metal minerals are also recovered and utilized comprehensively.

For the extraction of tungsten ore, it is necessary to determine the ore composition of tungsten minerals and the separation degree. It is recommended to find qualified manufacturers to carry out mineral processing test, customize the actual situation of the process flow according to the report result..

Last: 3 Types of Vibrating Screen Used in the Mineral Processing

Next: Processes and Equipment Used in the Extraction of Molybdenum