In this post you're going to know about Process of Alluvial Gold Mining Method in Gravity Separation.

So if you want to learn how to do allvial gold mining, you'll love this post. 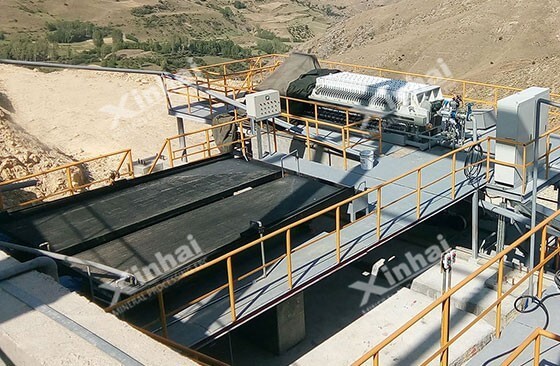 Compared with other ore processing, the pre-separation before the alluvial gold mining is not complicated. It is mainly to remove the mud from alluvial gold ore or make the grain size meet the requirements of separation operation. The content of alluvial gold in the ore is very low, so in order to extract the gold from the ore, the ore needs to be crushed and ground first, and then the the gold is pre-enriched or separated from the ore by the beneficiation method. Generally, the alluvial gold mining concentrator mostly uses jaw crusher for coarse crushing and cone crusher for medium crushing.

The principle of gravity separation used for the alluvial gold mining is to separate the gold concentrate from other minerals according to the different ore weight in the original ore. The first step of the gravity process is desliming, which removes the dirt from the mineral. The second step is to screen the larger stones and remove them by the vibrating screen. The last step is to adopt the method of shaking table and amalgam machine. Other gravity separation equipment used in the gravity separation also include jig, spiral chute and so on.

The concentrate and tailing of alluvial gold mine after the separation often contain a large amount of water, especially the tailing. According to relevant regulations of the State, the tailing shall not be discharged if the water substandard. The tailing dry stacking system can be adopted to greatly reduce the water content of concentrate and tailing, and the discharged water can also be recycled. Generally, the tailing dry stacking equipment includes hydrocyclone, dewatering screen, thickener and so on. For the small alluvial gold mining plant, the dewatering screen can be used as the dewatering equipment.