There are many kinds of iron ores in the nature, so the iron  beneficiation methods also vary. According to the iron ore features, different iron extraction processes used to deal with different iron ores can obtain the best mineral processing index.

Here are some common methods used in the beneficiation of iron ore:

The majority of iron minerals in the single magnetite ore are magnetite with simple composition, which is often processed by weak magnetic separation method for the beneficiation of iron ore. 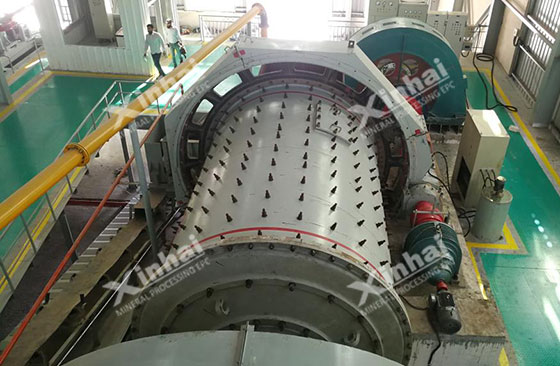 In order to obtain high grade concentrate, using the reverse flotation or shock screen to deal with magnetite concentrate. In order to improve the recovery rate, tailings reprocessing process can be considered for further beneficiation of iron ore.

The gangue minerals of polymetallic magnetic iron contain silicate or carbonate minerals, and are often associated with polygonum cobalt pyrite, chalcopyrite and apatite. Generally, using the weak magnetic separation and flotation combined process for the beneficiation of iron ore, that is, using the weak magnetic separation to recover the iron, and using the flotation to recover sulfide or apatite.

This kind of ore is featured with self-melting, which should pay attention to maintain the self-melting of concentrate. Some of them contain high MgO content, some MgO occur in magnetite as the isomorphism, so it is difficult to separate them from iron by mechanical processing. 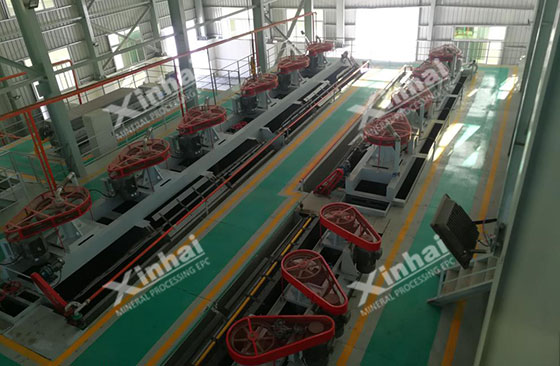 This kind of ore has many kinds, and wide range of disseminated size. There are two main processes used in the beneficiation of iron ore.

Roasting magnetic separation is one of the effective methods to separate weak magnetic iron ores from fine particles to micro-fine particle (<0.02mm). When the mineral in the ore is complex and it is difficult to get good index by other mineral processing methods, the magnetization roasting magnetic separation method can be used. The vertical furnace reduction roasting has been widely used in the ore (75-20mm) , the magnetizing roaster is rarely used in the powder ore (less than 20mm). At present, strong magnetic separation, gravity separation, flotation method or combined process are often used to separate powder ores for the beneficiation of iron ore. 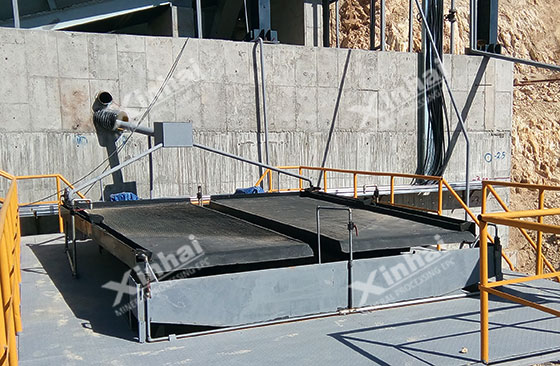 The iron minerals in the ore are magnetite and hematite or siderite, which are often embedded in fine grains. Gangue is mainly quartz, some contain more iron silicate. The proportion of magnet in ore varies from surface to depth.

The iron minerals in this ore are mainly magnetite and hematite or siderite, medium to fine grain embedded. Gangue minerals are silicate and carbonate minerals or quartz. The associated components are apatite, pyrite, chalcopyrite and rare earth minerals.

The process used for beneficiation of iron ore of this kind of ore is the most complicated one in iron ore. Recovery of weak magnetic iron ore by gravity separation, flotation or strong magnetic separation and recovery of associated components by flotation.

Next: What Are the Flotation Processes Used in the Extraction of Copper Lead Zinc Ore?

3How to Separate Ilmenite?