Home » Ore solution » Other Ores » How to Extract Lithium from It...

How to Extract Lithium from Its Ore?

For different types of lithium ore, mineral processing methods are also different. It is the right place to know how to extract lithium from its ore here. Let's drive in now. 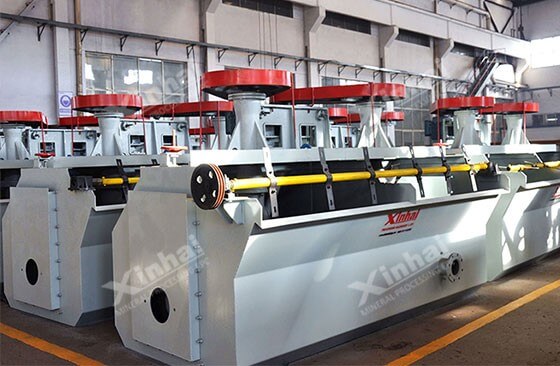 This article will start from salt lake brine lithium ore and lithium pyroxene ore, with you to understand the common lithium ore processing methods.

In such deposits, lithium is dissolved in saline groundwater, mainly in the form of inter-crystal brine, void brine and surface brine, etc.

The principle of precipitation method is that according to the composition characteristics of brine in salt lakes, the solubility of different minerals is different, and the minerals are extracted successively according to the order of boron, magnesium and lithium.

The process of obtaining lithium carbonate by this method does not need high temperature and high pressure, nor does it have waste gas emission, which is a relatively simple method with little energy consumption and pollution.

This method is used to treat the mixture obtained by evaporation of brine after boron is extracted.

This process has certain requirements on the composition of raw ore, which is more suitable for carbonate-type salt lakes with a lower proportion of magnesium and lithium.

The principle is that lithium carbonate reacts with carbon dioxide and water to form lithium bicarbonate with higher solubility, so as to separate from other minerals.

It's also a simpler process.

In addition to the above three methods, other methods used to extract lithium from salt lake brines have not been used in industrial production, so they will not be described in this paper.

Pyroxene mainly produces pegmatite of white mica type and limonite type, which is often associated with minerals such as limonite, beryl, columbite-tantalite and tourmaline.

This kind of mineral usually contains a lot of clay minerals, which are easy to be muddy in the grinding stage, so the grinding fineness should be strictly controlled.

Flotation is a commonly used method for the separation of pyroxene, and the important aspects in the flotation process are the mixing strength, temperature and the ratio of adjusting agent.

Of course, in the process of flotation, the flotation index is greatly affected by the factors of water quality and environment.

Because of its relatively high density, pyroxene can be selected as a heavy mineral. Therefore, it is usually selected to modate heavy suspension with tribromomethane, tetrabromoethane and other media. Because tribromomethane and tetrabromoethane are volatile and stimulate human mucous membrane and auditory organs, heavy liquid separation method is seldom used in industrial production.

The above are some common lithium mineral separation methods. For the production of concentrator, it is very important to know the composition and properties of minerals. On this basis, it is relatively scientific and reasonable to use mineral processing test as the process flow, which can effectively reduce investment loss.

Last: What Are the Common Nickel Mineral Processing Technologies?

Next: What Is The Role of Desorption Electrolysis System in The Leaching of Gold?

1What Are the Common Nickel Mineral Processing Technologies?

3How to Extract Lithium from Its Ore?