In this post you're going to know about the common gold mining process-froth flotation.

So if you want to learn about froth flotation, you'll love this post.

What is Froth Flotation?

Where to Use Froth Flotation?

The froth flotation process can not only enrich maximum gold into the sulphide mineral concentrate, but also discard the tailings, so the processing cost is low. Besides,froth flotation method can also be used to polymetallic gold mining, such as gold-copper, gold-lead, gold-antimony, gold-copper-lead-zinc-sulfur ores. For this kind of ores, the froth flotation method can effectively identify and select various gold-bearing sulfide concentrates, which is beneficial to the comprehensive recovery of mineral resources. 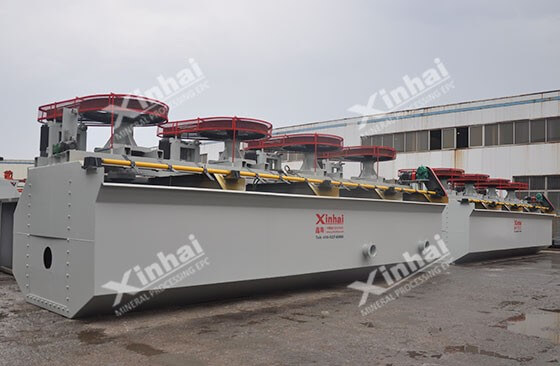 In recent years, the froth flotation method used in the gold mining has made great progress, which is mainly reflected in the innovation of technological process, the development of new reagents, the improvement of design and so on.

The Process of Froth Flotation

After washing and classifying, the mineral is mixed evenly by agitation tank drum and sent to the flotation machine.

The goldmine generally uses sodium carbonate as the regulator, so that the gold is floated.

At the same time, using the butyl xanthate and ammonium dibutyldithiophosphate as the collectors, which can separate the gold powder from the slag,and produce the gold concentrate powder. The gold concentrate after froth flotation method generally contains more water, so it is necessary to use the high-efficiency thickener to reduce the concentration water to the standard set by the state.

Last: 4 Common Problems and Solutions Met in the Flotation Cell Installation and Commissioning

Next: 6 Advantages of Efficient Improved Thickener

1How Does A CIP Gold Processing Plant Work?