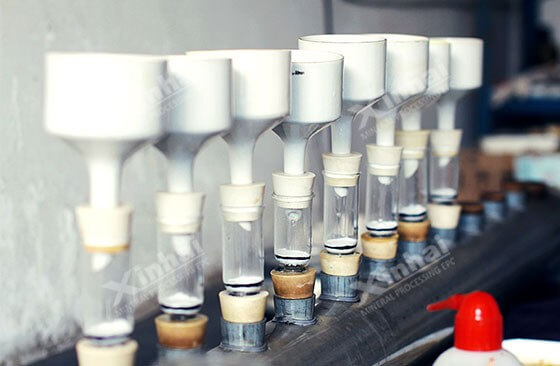 Single reverse flotation process is suitable for those compact massive or banded phosphate ores, as well as the carbonate-type phosphorous with low siliceous mineral content. Its working principle is to inhibit phosphate ore and concentrate gangue minerals into the foam products. Colloid phosphate and dolomite will be separate by this flotation process.

Direct-reverse flotation is usually used in calcium-silicate phosphate. Its working principle is to concentrate the phosphate ore into the foam products, enrich the gangue minerals of phosphate foams in the bubble, then float them.

Reverse-direct flotation process is generally used to deal with silicon-calcareous phosphate. Its working principle refers to keep the phosphate ore in underflow of pulp by reverse flotation, then concentrate the phosphorus ore of underflow by the positive flotation.

Grading flotation process is suitable for colloidal. When deal with this kind of phosphate it needs to grade raw ore firstly, which maximize monomer dissociation. Then float phosphate.