How to Choose the Froth Flotation Process According to the Flotation Stage? 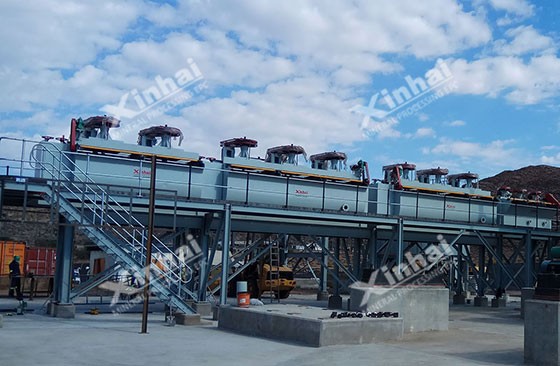 One. One stage froth flotation

1. One stage froth flotation is suitable to the minerals whose disseminated grain size of useful mineral is uniform, and the mineral size is relatively coarse and not easy to muddy. For example, when the sulfide ore of heavy metal is 0.3mm, the useful mineral can achieve monomer separation basically. The qualified concentrate and abandoned tailings can be obtained by froth flotation after rough grinding.

2. One stage froth flotation is suitable to the minerals whose disseminated grain size of useful mineral is fine but not very uniform and not easy to be muddy. this process is also a flotation process, which can be used for continuous grinding of such minerals for two times before entering into flotation, and then there is no need to grind again. For example, in order to achieve monomer separation of useful minerals, the grain size of some crystalline minerals needs to be ground to below -0.074mm. The crystal size of this mineral is fine and uniform, which meets the requirements of a stage of flotation. 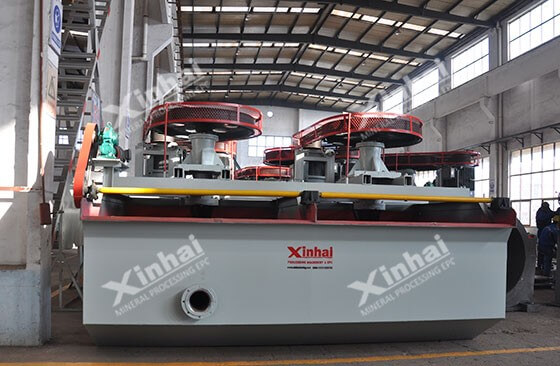 This process is mainly used to deal with the ore with complex grain size of useful mineral or the ore with muddy phenomenon in the grinding process. The stage froth flotation can be divided into three forms: concentrate regrinding, middlings regrinding and tailings regrinding.

One stage grinding dissociates the coarse grain and useful minerals, the produced gangue minerals directly enter the tailings,and a part of the mineral contains the coenobium of fine grain and useful minerals enters the froth flotation, so that the coarse concentrate and the discarded tailings can be obtained. In addition, some of the coenobium minerals need the regrinding to realize the monomer separation, then enter the froth flotation stage to select the useful fine-grained minerals.

One stage grinding makes the coarse grain achieve the monomer separation, part of concentrate can be obtained after the froth flotation, and the tailings contain the fine-grain useful mineral is sent to regrinding and re-flotation to select the useful fine minerals. This process can also be used for ore that is easily oxidized or easily argillized.

Last: 4 Ways to Teach You How to Improve the Index of Extraction of Tin Ore

Next: 7 Daily Operation Skills and 5 Maintenance Points of Shaking Table

14 Q&A You Need to Know About Froth Flotation Process

34 Aspects Should Be Noticed in Flotation Process