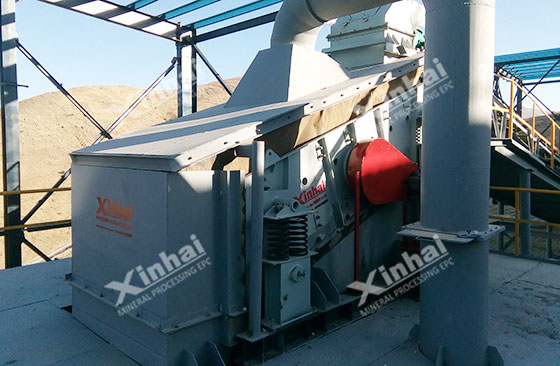 One. The screening effect of vibrating screen is not good

For the circular vibrating screen, the screen surface angle is not enough is one of the main reasons for the poor screen effect. For the linear vibrating screen and high-frequency vibrating screen, the poor screening effect may be related to the movement direction of the eccentric block. Two groups of eccentric blocks with the same mass do the self-synchronous and reverse motion, generating a single force along the vibration direction at each instant, so that the excitation force and horizontal direction form a fixed included angle, making the screen box do reciprocating linear motion. If two sets of eccentric blocks are not in the same phase, the direction of excitation force cannot overlap with the direction of vibration, which cannot achieve the efficient screening effect. 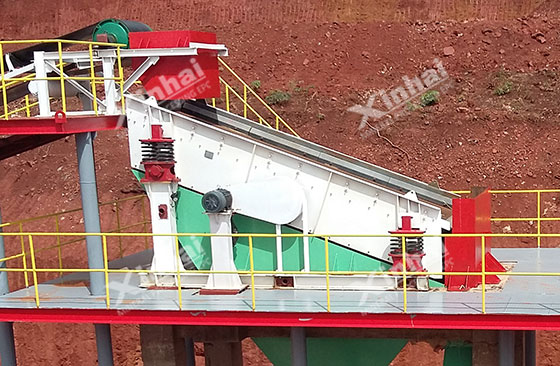 Two. The screen frame of vibrating screen deforms or even breaks

1. The screen plate is too thin;

2. the damping spring fails. After the long-term using, the spring may deform permanently due to rubber aging or long-term stress, thus the spring is invalid.

3. The eccentric wheel of the exciter is badly worn and has quality deviation. During the operation, the vibration force is dispersed, which is reflected in the body, so that the amplitude of each part is not consistent, thus the joint part of vibration screen cracks or welded junction of joint part cracks.

Proper thickening the screen plate is the most effective way, or increase the attachment plate for the individual side plate near to the exciter, which can enhance the rigidity of the whole screen body, so that the screen frame is not easy to tremble and fracture. In addition, it is necessary to regularly check the wear of the damping spring and the eccentric wheel of the exciter to prevent spring failure and mass deviation. 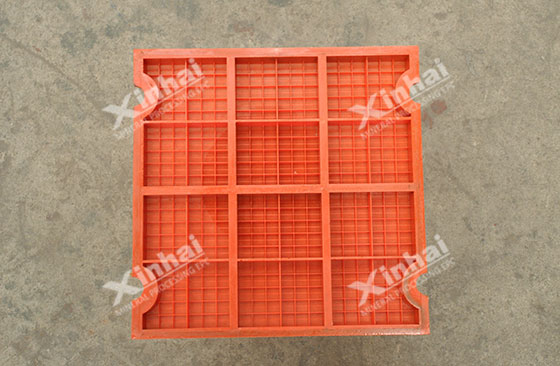 The screen cloth directly determines the quality and efficiency of the screening effect. The reasons for the high screen damage rate are mainly divided into the following:

1. The quality of the screen cloth is unqualified. When the screen technology is poor, the two layers of screen cannot closely fit, resulting that the cuttings cannot be discharged.

3. Clay deposits. The vibration amplitude of soil pile is too small to overcome the clay's cohesive force effectively, which causes the clay to accumulate quickly on the screen and damage the screen.

1. The quality of the screen should be strictly checked.

3. Rinse the screen and dirt with spraying water to reduce the stickiness of dirt.

The technical level and quality of screening equipment are closely related to the technological effect and production efficiency, and even directly affect the economic benefit of mineral processing plant. Therefore, it is necessary to master some common vibrating screen problem and solution in production practice. But the same problem can also be caused by the different reasons, and the solutions may be different. It is recommended that all mine owners seek the professional manufacturers to purchase or maintain the vibrating screen, ensuring the normal use of the vibrating screen and the stable operation of the concentrator.

Last: What is Ball Mill?

Next: 3 Stages of Silver Flotation Process

35 Screening Purpose That Must Be Understood Before Selecting Screening Equipment